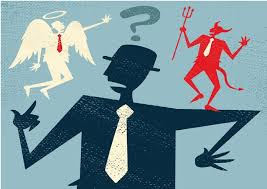 Research conducted on When Values and Behaviour Conflict asked a group of employees the following questions:

As shown in Figure 1 below, participants’ self-reported “most important values” most often fell into the Honesty (mentioned in 23% of responses) and Care (22%) categories, with the majority of individuals citing values such as being honest, kind, and helpful as most important. (Koleva, Meindl, Beall, Iyer, & Graham, 2014). 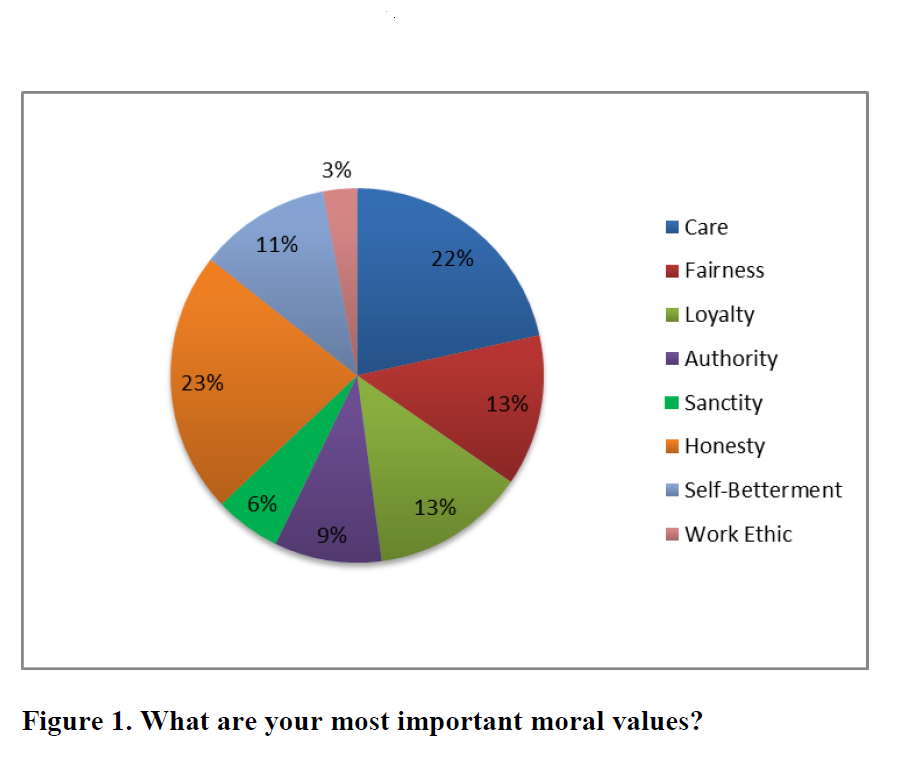 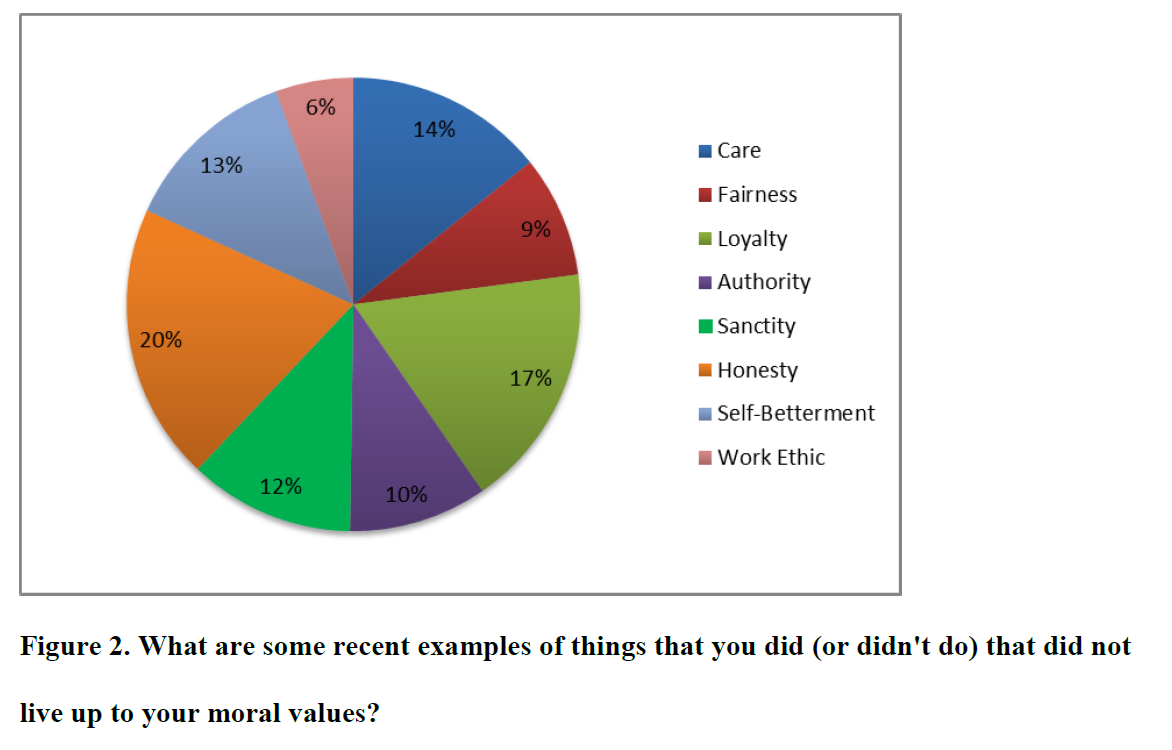 Research on the relationship between moral judgements and behaviours suggests that people often do not live up to their moral values, regardless of what those values are (Johnson & Graham, 2014) as there are additional internal and external influences at play.

There are no surprises that honesty-hypocrisy is so prevalent as seen in the research results above. But the fact that people are cognisant of this level of hypocrisy in their daily lives yet choose not to (or cannot) remedy this weakness in their character does raise questions about the causes and consequences of such value-behaviour gaps. Instead and because of cognisance, people attempt to find legitimate reasons why they did not act in a value-consistent manner because their sense of self is central to these values.  Watch .50 second video

When judging the moral or immoral behaviours of others, we most often attribute value violations being due to their personalities. For example, ‘It’s because she’s an extrovert” (Meindl, Johnson, & Graham, 2014). In comparison, when judging our own value violations, we are motivated to attribute our failings to situational factors outside of our control.  For example, “He’s the boss. Who am I to challenge him?” (Valdesolo & DeSteno, 2008).

People often explain away their self-serving behaviours by attributing them to upholding other values. Indeed, by taking a moral-pluralistic approach we can see how moral values can often come into conflict – interculturally, interpersonally and intrapersonally.  In the aforementioned study, whilst participants reported lying as a recent behaviour they felt guilty about, their rationalisations for lying pointed to a hierarchy of values in play.  However, behaving in line with one moral value may violate another moral value and produce an end result even more undesirable than failing to live up to the first value. For instance, while acts of corporate whistleblowing may be viewed as hypocritical with regard to the moral value of loyalty, such hypocrisy can achieve ends more aligned with the competing moral value of fairness.

Moral foundations theory (Graham J, Haidt J, Nosek BA), identifies five basic moral values and their opposites— Care vs harm, fairness vs cheating, loyalty vs betrayal, authority vs subversion and purity vs degradation.People take these into account when deciding whether a behaviour is right or wrong and will find that fairness and loyalty are brought into direct conflict by situations that fuel the need for whistleblowing.

As a result, attempts to encourage whistleblowing solely by prioritising the need to root out criminal activity or organisational injustice may only encourage employees who are low in loyalty to blow the whistle. To motivate to a broader swath of individuals toward whistleblowing, organisations need to focus onbuilding the kind of community that values constructive dissent while maintaining group loyalty. In such organisations, even people who are highly committed to their group may express their dissent when they feel that some behaviour or a group norm is harmful to the group’s interests.

Moreover, in contrast to the backlash that whistleblowers face for their actions, people who have dissenting opinions that benefit the group may be rewarded and viewed as effective leaders.

By encouraging individuals to engage in candid and courageous conversations about the group’s collective interests, those who observe organisational wrongdoing may no longer feel they are sacrificing group loyalty for justice in reporting wrongdoing. Instead, in a culture of constructive dissent, people are motivated to come to view Speaking Out as an essential part of what it means to be a loyal and productive group member with an eye toward advancing collective goals to act appropriately and ethically and to follow broader societal norms.

Securing an individual for this training, who has personally demonstrated the observable capacity to balance loyalty, fairness, altruism and forgiveness ignites  Moral Elevation within the group. Read more on Moral Elevation here: http://www.ncbi.nlm.nih.gov/pubmed/21443375  This in turn leads to a greater desire to be better people and to do good in the world.

To subscribe please visit http://www.speakout-speakup.org/#/ and add your email address by clicking on subscribe, top right hand corner of webpage.