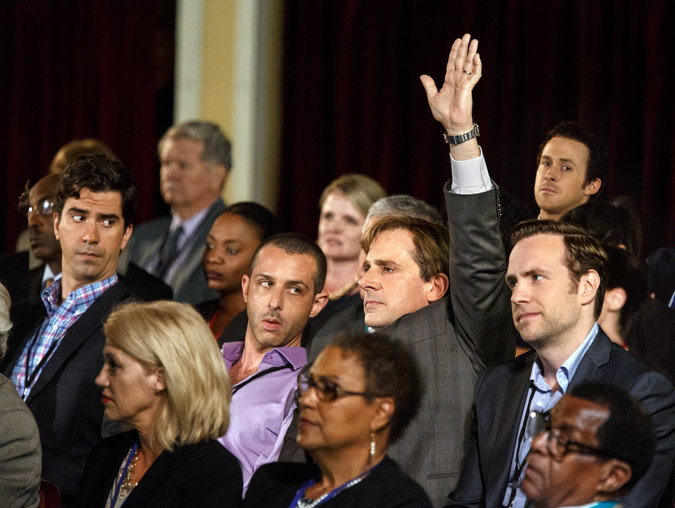 The FCA and Senior Managers’ Regime (SMR) for Accountability

The new UK rules on personal responsibility places firms and senior managers into a new world of regulatory requirements and obligations. It remains to be seen how industry standards will develop to protect well-intentioned senior managers from being held responsible for their firms’ regulatory breaches and how firms might structure reporting lines to allow senior managers sufficient oversight of relevant business parts while allowing firms to maintain organisational and operational efficiency.

This regulatory revamp of senior management responsibilities takes the law into two difficult and uncharted regions. First, it raises more acutely than ever the issue of personal liability in a world in which regulators want to hold senior management, not just firms or rogue employees, accountable for wrongdoing. Second, the revision of the existing regimehighlights the tension between business-line management, which is crucial for successful and efficient management in global businesses, and top-down management of each entity-level which is a key element of post-financial crisis regulation.

Personal liability in financial services is an area where there is somewhat limited jurisprudence, and there are uncertainties as to where the line of liability is to be drawn. More importantly, it is difficult to identify what well-intentioned senior managers can do to protect themselves.

There is still a risk that, though the extent of the duty may have been ameliorated by the removal of the presumption of responsibility, firms and senior managers will be motivated to create extensive paper trails to evidence the details of their decision-making process.

Senior management responsibilities are to be applied against an entity-level backdrop. Tensions and problems arise when key business personnel within the entities concerned don’t report directly to senior management. The risk is that the flow of information necessary for senior managers to perform their functions is more limited than what is required to enable them to prevent and detect regulatory breaches.

Could the same outcome that Mr Roger Yount, the character employed in Financial Services from the BBC drama Capital, befall senior managers? Watch this 2 min video on what happens to Mr Yount:  https://vimeo.com/148711519

I would like to approach this blog by focusing on three specific and significant areas that ought to have been considered in the Senior Managers Regime policy and design build and the areas I hope to see as this policy evolves.

1. Spotting and Acting on Misconduct
Quoting from Tracey McDermott’s FCA speech, “But what I would hope to see is more cases where misconduct is spotted by firms rather than by the regulator. And where it is spotted, it is identified sooner and acted on robustly”   http://fca.org.uk/news/speeches/personal-accountability

This communication requires more than just hope. It requires a realistic bridge build between understanding why current and historic misconduct has been under reported via internal mechanisms, even when spotted and identified.  Secondly, ‘acted on (misconduct)robustly’; One way of acting on identified misconduct would be to engage in a Courageous Conversation, before blowing the whistle or initiating an investigation or sanctioning an individual/s. Having a Courageous Conversation requires emotional courage which requires ignition, fuel and practice. If we don’t want whistleblowing to evolve as a new behaviour and if we do share Tracey McDermott’s hope, we need to be training for courageous conversations. http://www.speakout-speakup.org/#/training

2. Accountability as a behaviour
I agree that it is a healthier worldview to treat accountability as a natural bridge between an individual and institutional levels of analysis.  Accountability has become an appropriate modern buzzword with debates raging about who should answer to whom, for what, and under which ground rules.  Pollitt and Hupe (2011) have noted ‘Accountability’ as being one of the ‘magic words’ now shared widely by practitioners of governance.  Given its emergence as a cultural keyword, we can no longer rely on our knowledge of accountability in its older, simpler and more precise forms. We are now dealing with it not merely as a set of institutional arrangements or managerial mechanisms but a cultural phenomenon that is dominating, altering and consuming our traditional notions of governance.

But is the leap between our natural tendency to make decisions within enmeshed webs of relationships and responsibilities and the expectation of individual accountability being demanded too hastily and without consideration for the trade-offs?

The behaviour of individuals is strongly influenced by intra-personal cognitive processes (Chaiken and Tropoe 1999; Patil et al, Koch and Wusteman).  It is a mistake to view accountability as a unitary phenomenon. Even the simplest accountability manipulation implicates several distinguishable sub manipulations.  The accountability relationshipsthat govern our lives are not only complex—because we must answer to a variety of others under a variety of ground rules—but often fluid and dynamic. As each party to the accountability relationship learns to anticipate the reactions of the other, we observe subtle patterns of mutual adaptation. To paraphrase William James’ famous observation about the social self, there are as many distinct types of accountability as there are distinct relationships among people and between people and the organisations that give structure and meaning to their social world (James, 1890/1983).

A senior manager may find themselves caught in the middle of these relationships, pushed one way by part of the group and pulled the other way by an opposing faction.   Being in a position of accountability demands the ability to recognise alternative perspectives on an issue, form connections among these various viewpoints, and identify any trade-offs.  Because of these demands, accountable individuals may become more self-critical and integratively complex (Tetlock, Skitka, & Boettger, 1989). In turn this complex thinking results in the accountable individual trying to see valid arguments on both sides of an issue and to balance competing legitimate concerns against one another. This differentiation and integration process requires considerable cognitive effort which may be diluted from other areas of business expertise. The ultimate danger is that the designated individuals will ultimately just serve as a buffer between the chairmen, chief executives and other more senior executives that run financial institutions.

Tracey McDermott adds to her speech, “It is a regime, as we all know, that is role specific”

Because the SMR is “role specific”, measures of success or failure will be a performance measure based on the outcomes of decisions made.  This is called Outcome accountability.  Outcome accountability, despite its prevalence in managerial practice, can have negative effects on performance (Arkes, Dawes, & Christensen, 1986; Siegel-Jacobs & Yates, 1996). Indirect evidence relying on Janis and Mann’s (1977) conflict theory suggest that outcome accountability’s detrimental influence may be due to an increase in decision stress and a narrowing of attention that does not occur with process accountability (Brtek & Motowidlo, 2002; Lerner & Tetlock, 1999; Siegel-Jacobs & Yates, 1996; Simonson & Staw, 1992)

There is a consensus in the social psychological and management literature that in order to optimise judgement quality and performance, accountable managers should be heldprocess accountable, focusing on the effort made to obtain an outcome rather than on the outcome itself.

Instead, this new breed of corporate super hero is expected to juggle policy, procedures, regulation and compliance whilst mitigating risk and demonstrating they have taken reasonable steps to prevent, stop and remedy regulatory breaches. Diplomacy and legal expertise are also requisite skills for managing the expectations of board and demands of auditors and regulators, as well as nerves of steel to deal with the increased likelihood of public censure, financial penalties, reputational damage and being banned from ever holding a regulated role again. It wouldn’t be surprising if the resulting outcome is lowered appetites for taking on senior positions without a significant increase in remuneration levels, to balance the increased risks as a senior manager.

Business problems are typically nonlinear, stochastic, interactive, and downright difficult and managerial judgements and solutions are often based only on the recollection of previously experienced cases and similarity-based reasoning processes (Dane & Pratt, 2007; Kolodner, 1992).

Although penalties for an offense under SMR can be severe and include up to 12 years in prison on indictment and/or an unlimited fine, the Parliamentary Commission on Banking Standards, which proposed the introduction of this offense, acknowledged that securing a conviction for the offense may be difficult in practice. See  ‘Changing Banking for Good – Parliamentary Commission on Banking Standards’, 1178-1182here  http://www.publications.parliament.uk/pa/jt201314/jtselect/jtpcbs/27/27ii12.htm#n1850

Furthermore the FCA will be required to isolate the effects of illegitimacy, a notoriously multidimensional concept, from overlapping constructs—power, expertise, trustworthiness, likeableness.  In itself a daunting task.

3, Delivering the message of Accountability
Accountability is often defined as the answer to the question “who must answer to whom, for what and under whose ground rules?” (Tetlock 1985)   I would like to add the “why?” question: “why do people believe they are accountable?”  It matters whether people think the answer is, “because we lack confidence in your integrity or competence” or “because we want to help you achieve objectives we all share.”

Tracey McDermott communicates in her speech, “It is critical that we all bear in mind the background to the creation of the new regime.” “The senior managers regime has emerged from a very troubled period for the Financial Services industry. The past eight years have been turbulent ones and the industry has seen its reputation rocked by a series of events. “

While a necessary acknowledgement, it’s unhelpful to further make salient that the SMR has been created on the backdrop of negativity, especially when identifying reasons for the demand for individual accountability.  Why hasn’t the wider system, that has crafted and supported misbehaviour been identified and acted upon?

I am fully conscious of the damage from the financial industry but I’m also cognisant of bodies of work in social psychology and organisational behaviour which demonstrate that people react negatively to institutional control systems that suggest them as lazy, incompetent or unethical. (Enzle and Adnerson 1993; Schoorman, Mayer, and Davis 2007; Sutton and Galunic 1996)

Such communication signals a lack of trust which leads to less creativity and less willingness to engage in organisational citizenship behaviour (Amabilie 1979, Malhotra and Murnigham 2002, Organ 1988)

Sanction-based systems threaten to repel those individuals with integrity or it may encourage them to adopt more self-interested motivations. Tamir, a philosopher, argues that accountability can become ‘malignant’ when distrust generates a desire for ‘continuous comparable monitoring, which in turn leads to assessments that corrupt what they intend to measure, thereby intensifying distrust.

Psychology experiments, (Deci 1970) demonstrate that when individuals have intrinsic reasons for taking an action, threatening them with extrinsic sanctions or reward crowds out the intrinsic motivation. Philp (2008, 37, 42) advises, “Someone who regards his or her conduct as a matter of honour should not be held to account in a way that is itself dishonouring.”

My hope is that individuals filling senior manager positions have been employed in part, for their intrinsic values, so that governing them by external measures will be unnecessary.

In closing, I urge the communication to senior managers from company directors and the FCA to facilitate positive buy-in, for example,  ‘The work we do  together is meaningful; we value your contributions to the collective effort; we take your point of view seriously and we plan to continue working together to achieve share  goals in a mutually respectful fashion.’

Of course, none of this would be necessary if we learnt how to ignite and engage in Courageous Conversations. http://www.speakout-speakup.org/services/courageous-conversations/

For an additional blog on the SMR, please see the Willis Towers Watson Wire http://blog.willis.com/2015/12/a-new-report-on-the-theme-of-personal-accountability-contains-a-worrying-conclusion/