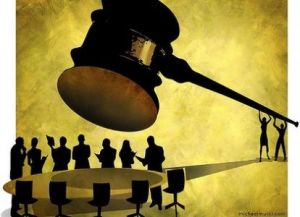 Why do people assume that truth lies in numbers leading them to default to believing that the majority is probably correct?

Majorities benefit from an assumption that they are correct and minorities are motivated to assume that majorities are correct because it permits them to move from ‘deviant’ to ‘belonging’.  Minorities do not have the luxury of being both ‘winning friends’ and influencing people.  If they persist, they are often disliked.  If they are inconsistent or capitulate they would be liked but would exercise no influence.

Research shows that dissent, even when wrong and whether from a majority or minority can stimulate creativity and has practical applications, especially for organisations who recognise that innovation is highly profitable.  In fact organisational scholars and management practitioners have become increasingly aware that creative ideas are the lifeblood of the most admired organisations (Amabile, 1996; Collins & Porras, 1994).  Creative ideas are the raw material necessary for innovation and a strong competitive advantage is conferred upon organisations that are adept at eliciting creative solutions from their employees (Kanter, 1988). 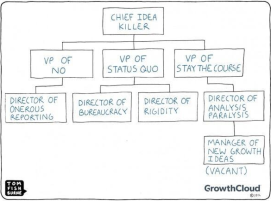 espite the best of intentions, many potentially creative ideas are rejected outright either because they are too risky, are considered to arise from a ‘wrong’ source or because they threaten business as usual (Shaw, 1995).  Many organisations, whether they choose to recognise this fact or not, desire creativity but reward conformity, cohesion and commitment (Nemeth, 1997). Conformity has been portrayed as desirable; instead of being sheep, individuals are ‘team players’ while dissent and resistance is often viewed as an obstacle especially if raised individually.

How does an individual dissenter; the whistleblower, or a collective of dissenters change the way a majority views the state of their knowledge? Schachter (1951) provided a study to look at the reactions to a persistent minority.  When one person differed, communication was directed towards him in an attempt to change his mind.  When these attempts proved unsuccessful he was ignored but he was also rejected.  What is interesting is that Schachter didn’t study the possible influence of that minority on the majority.  It has been assumed for too long that the minority can only be the vulnerable recipient and not the source of robust influence.

In the late 1960s minority voices were raised against the Vietnam War.  Though these minority voices did not have the advantage of power or even numbers, they stood up and told the truth as they saw it.  Many of those ideas prevailed and changed the nature of the discourse then and now.  Yet we are still taught that influence flows from the strong to the weak, from the top to the bottom as in ‘Tone from the Top‘. It is still believed that it is only the highly credible or high-status individual who can influence a lower-status person.  Furthermore minority dissenters are viewed as vulnerable and lacking in the ability to influence – ‘the ugly others’ or the deviants.

The notion that minority views could be active rather than passive – that they could be the source rather than the target of influence – was first theorised by Moscovici and Faucheux (1972; Faucheux & Moscovici, 1967). How and why can minorities exert influence?  Past studies of influence tended not to look at persuasive attempts over time whereby a minority can acquire the adoption of the majority position, or the position of a high status person by being consistent, flexible and collectively, with one another. The story of The Emperor and his New Clothes demonstrates this very well with the individual boy, a minority, changing the state of the majority’s’ knowledge thereby influencing them successfully.

Unfortunately the current status is that people, when faced with a unanimous majority abdicate information from their own senses and agree with the majority even when the majority is wrong.  We’ve seen this demonstrated in the classic study by Asch (1956).http://www.simplypsychology.org/asch-conformity.html

Attempting to be a minority influence is an uphill battle, even when it’s in the face of the glaring obvious.  We need to continually confront the fact that people are reluctant to accept or adopt a minority position even if it’s correct.  That is whydissenters, often in the minority, who maintain their position, are courageous people of principle and conviction.

Learn how to win friends and influence people authentically and legitimately by having a Courageous Conversation today.  See more here: http://www.speakout-speakup.org/#/training